As we know, artificial intelligence (AI) is taking part of our labor lives every time with more significant participation; not only in the automation of customer support, internal processes and daily simple decisions, it is also recollecting, displaying and managing milliards of data loads.

During the next words, I’ll try to bring a journey which clarifies at what level the AI has taken us to new working innovations, in what stage are we in the development of AI and at last, but not less important, in what AI is going to transform and how is going to interact with the enterprises and workforce in the near future.

As a general explanation, AI is a broad area of computer science that makes machines look like they have human intelligence, but what does that exactly mean? When a computer is programmed to execute certain actions, the same program can learn by human behavior repetition how to interact in different situations with diverse contexts.

As an example we can bring, when we type in our cell phone’s keyboard, after we write the same word during a certain period of time, the “self correction” uses AI to understand and learn when the word can fit depending on the context of the messages, with the objective of avoiding grammar mistakes in the next messages and giving a faster way of texting. Even though this sounds like a very simple matter, AI has jumped to further steps, making machines start to learn as children and go beyond the based programmed limitations, that is when ML pops-up.

This is when the things start to get more complex. Like a human, ML refers to the machines’ given ability of retaining information and becoming smarter over time. The machines’ learning works by analyzing thousands of possible varieties and samples inside a program, using that same analysis build an algorithm, for it to be twix and recognize where inside the algorithm, the program achieved its goal. This allows that overtime, the program becomes smarter, leading its way to solve problems and function similar to neuron connections.

As the name implies, DL gets to the deepest part of the AI structural functioning, making deep learning a subset of ML. Deep Learning gets more alike to the neuronal network structure of the human brain, in fact, the name of it’s structure is called artificial neural network.

The difference between ML and DL relies on the features recognition, ML is not able to recognize features unless they are already programmed in its algorithm, DL on the other hand, intervening with its artificial neural network, the program is able to infer and locate the features’ varieties without human intervention. The difference between ML and DL is how much unstructured data they handle and how they associate all of it. Now that we got deep into the functioning of all known AI layers, the next question is:

Although the latest advances in DL have brought the principles for developing self-driving cars, natural conversational bots for customer support and detection of cancerous cells in MRI images, it still has limitations.

Based on these magnificent advances and most recent developments in AI, we have only scratched the surface, there is still a lot to implement in our labor and daily lives. Let’s remember that AI is our friend, colleague or replica of ourselves, it exists to help and collaborate with us. 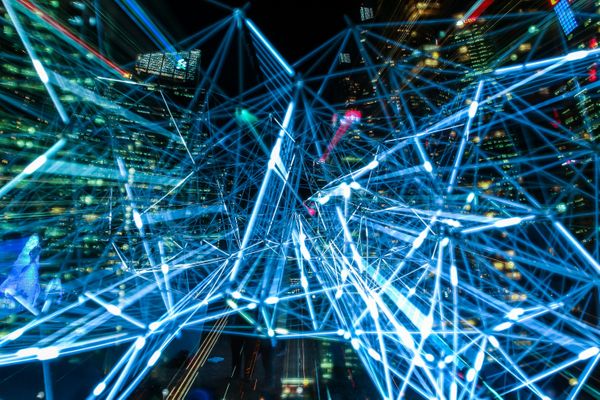 Imagine you could copy and paste the simplest time-consuming actions you execute everyday at work. Imagine you could get all the support you need for finishing those easy repetitive tasks in seconds and use the rest of the time left for being yourself.

The latest news, articles and resources, sent to your inbox weekly.

We use cookies to provide the services and features offered on our website, and to improve our user experience. Learn more